As printed in the July 2013 Issue of Mile High Dog 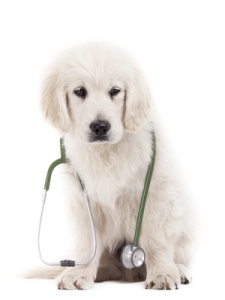 Canine parvovirus—commonly referred to as Parvo—is by far the leading killer of unvaccinated puppies between the ages of 6–20 weeks. Canine Parvo first emerged in 1978 as a widespread epidemic that killed thousands of dogs, most of them puppies. In the early 1980s, a vaccine was developed and the mortality rate dropped dramatically, although the timing of giving the puppy vaccinations is crucial.

It is believed that the feline parvovirus, more commonly referred to as Panleukopenia, probably mutated, creating the canine parvovirus. Feline Parvo is equally devastating in cats and just as easily preventable by early vaccination.

Parvovirus is perhaps the most durable of all viruses. It can survive entire winters outside and requires a bleach solution (currently recommended at a 1:32 dilution with water) or a flame to be killed with any certainty. Similar to many forms of chemotherapy, parvo attacks and destroys rapidly-dividing cells. The virus most often targets the enterocytes— cells lining the intestines—and the immature white blood cells in bone marrow. A perfect storm ensues for the development of severe systemic infections. This is caused by the movement of bacteria from the intestines into the bloodstream because of the loss of the normal intestinal defenses and the loss of a functional immune system to fight off the resulting infection.

Parvo is transmitted via the fecal-oral route. Susceptible puppies are exposed, often times indirectly from an owner’s shoes or another animal’s coat. As such, it is extremely important to keep unvaccinated puppies away from areas of high exposure where they could be ex- posed to dog poop. This means no dog parks, open spaces, dog daycares, pet stores, common areas in apartment or condo complexes, etc.

The parvovirus vaccine is administered in three doses, so a puppy who has only received one or two of the three required rounds of vaccine is not yet adequately protected.

Typically, puppies who have contracted the virus will start to show symptoms 4–5 days after exposure. Symptoms include lethargy, vomiting, profuse diarrhea and high fever.  An in-office test of a fecal sample can provide a diagnosis within minutes and an aggressive treatment regimen will be required.

Maternal antibodies transmitted from a mother to her puppies via milk start to wane at eight weeks making vaccination imperative to stimulate development of a puppy’s own immunity against parvo.  Though the necessary vaccination intervals for adult dogs have been debated in recent years, it is certain that the puppy vaccination series is easily the most important thing you can do for your puppy.

The recommended protocol is to vaccinate puppies at 8, 12 and 16 weeks. The vaccine is almost always given in combination with several other vaccines, most commonly distemper, parainfluenza and adenovirus. Distemper is another leading infectious killer of puppies, parainfluenza is a viral component in kennel cough and adenovirus is a form of hepatitis. When a puppy is older than 12–16 weeks, we give two vaccines, three to four weeks apart to establish proper immunity.

The worst memories I have from my years in emergency medicine were having to euthanize deathly-ill puppies who had contracted an entirely preventable disease. In fact, one of my own furkids came to me through such a situation. The mortality rate for puppies who develop a parvo infection is around 50 percent with treatment and nearly 100 percent without, depending on how quickly treatment is sought and the presence of any pre-existing disease.

Parvo infections occur at the base of the lining of the intestines, caus- ing the entire intestinal lining to slough off and pass in a bloody, fetid deluge of diarrhea. There is such a profuse odor that after seeing enough cases, some experienced veterinary professionals can almost diagnose parvo just from the smell of the diarrhea. Fluid loss from vomiting and diarrhea and the impact of secondary bacterial infections are the most common causes of death from parvo infections.

The three most important factors to ensure a long, healthy life for your pet are to vaccinate, spay or neuter, and provide regular dental cleanings and checkups. Parvovirus is a devastating infection that no pet should have to endure, so please vaccinate your puppies!

This entry was posted in Uncategorized. Bookmark the permalink.